We take our most loyal friends for granted, the same applies to the human relationship with trees.People clear millions of forested acres every year, often for short-term rewards despite long-term risks like desertification, wildlife declines and climate change. Science is helping us learn to use trees’ resources more sustainably, and to protect vulnerable forests more effectively, but we still have a long way to go as Earth now has 46% fewer trees than it did 12,000 years ago, when agriculture was in its infancy.

Matthew Silverstone in his book, Blinded by Science, attracted particular attention to the health phenomenon and benefit of trees.  The author affirms that vibrations are all-important in living on earth.

Everything vibrates, “… absolutely everything, from the nucleus of an atom to the molecules of our blood, our organs, our brain, light, sound, plants, animals, earth, space, the universe”. He continues, “… vibrations whether they are in the form of sound, light, electricity, magnets or gravity, will be shown to be the number one factor that underlies the unexplained phenomena that Western science fails to understand”. These vibrations are at the root of how trees can improve our health.

The vibrational energy of trees and plants gives us health benefits. By coming into contact with the trees, we pick up these vibrations and their natural life-giving energy. Silverstone proves that interacting with them improves concentration levels and reaction times, helps counter depression, and alleviates stress and headaches. Studies especially in Asia have long suggested that being in nature and touching trees is good for humans and that it might even help people fight cancer and stimulate the production of cells capable of fighting the disease.

their importance to our environment and fight against Climate change is quite impressive too. Trees help the environment by producing clean oxygen, absorbing pollutants, sequestering greenhouse gases, regulating temperature and preventing soil erosion, besides acting as wind barriers.

How do trees clean the air we breathe?

Trees absorb harmful pollutants through their leaves and bark and release pristine oxygen for us to breathe. In urban environments, trees absorb pollutant gases like nitrogen oxides, ozone, and carbon monoxide, and sweep up particles like dust and smoke. One acre of trees removes up to 2.6-5 tons of carbon dioxide each year.

Increases Oxygen into the atmosphere:  one day’s worth of oxygen for a family of four is provided by a single tree

Reduce Carbon Emissions:  If a tree absorbs 1 ton of carbon over its lifespan (over a 40 year life span), it is like erasing 11,000 miles of car emissions

As carbon dioxide levels rise as a result of deforestation and the burning of fossil fuels, heat is trapped in the atmosphere. Healthy, strong trees serve as carbon sinks, offsetting carbon and minimizing the effects of climate change.

Give me a tree and you give me food

About 1 in 9 people globally still suffer from hunger and malnutrition, with the majority living in Africa and Asia. With such dire statistics, it is only befitting that people look around their natural surroundings for food. In poor rural communities in Nigeria, fruit trees such as Oranges, Mango, Avocado, African pear, African cherry, African apple are eaten and are good sources of vitamins for local people, whose diets are often lacking in nutritional content and where no vitamin supplementation exists.

Even when a tree does finally die, it still plays a key role in its ecosystem. Dead wood has huge value for a forest, creating a slow, steady source of nitrogen as well as microhabitats for all kinds of animals. As much as 40% of woodland wildlife depends on dead trees for food and all survival, from fungi, lichens, and mosses to insects, amphibians, and birds.

In Japan, forest bathing (Shinrin-Yoku) is associated with positive physiological and psychological effects. The Japanese term means “taking in the forest atmosphere”. It is a traditional practice in Japan that involves immersing oneself in nature and consciously using all five senses. 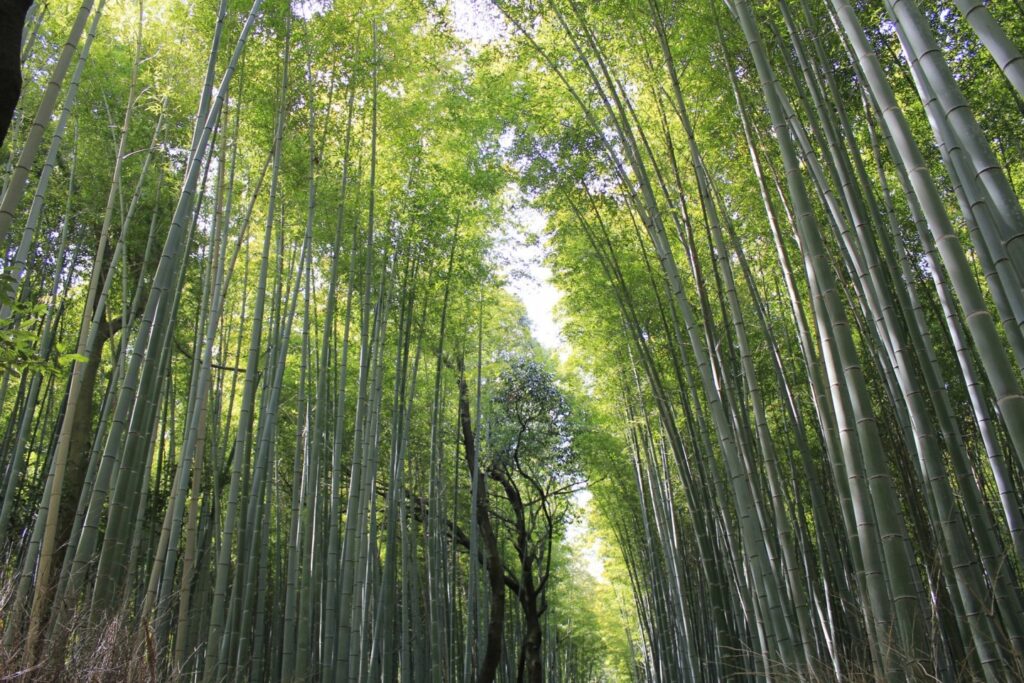 All this isn’t so surprising when you know that two very popular drugs – aspirin and quinine (an antimalarial agent) – come from tree bark. In fact, most drugs are chemically derived from plants, and many are obtained from trees. Aspirin comes from willow bark; yews are the source of Taxol, an anti-cancer chemotherapy drug; ginkgo biloba improves circulation; the oil of melaleuca alternifolia, or tea tree, is good for skin infections; and pine tree bark is used to produce Pycnogenol, which protects against deep vein thrombosis.

Until recently, there was no thorough global census of tree species. But in April 2017, the results of a “huge scientific effort” were published in the Journal of Sustainable Forestry, along with a searchable online archive called GlobalTreeSearch.

The scientists behind this effort compiled data from museums, botanical gardens, agricultural centers and other sources, and concluded there are 60,065 tree species currently known to science.

Like most plants, trees have symbiotic relationships with mycorrhizal fungi that live on their roots. The fungi help trees absorb more water and nutrients from the soil, and trees repay the favor by sharing sugars from photosynthesis. But as a growing field of research shows, this mycorrhizal network also works on a much larger scale, sort of like an underground Internet that connects entire forests.

The fungi link each tree to others nearby, forming a huge, forest-scale platform for communication and resource sharing. As University of British Columbia ecologist Suzanne Simard has found, these networks include older, larger hub trees (or “mother trees”) that may be connected to hundreds of younger trees around them. “We have found that mother trees will send their excess carbon through the mycorrhizal network to the understory seedlings,” Simard explained in a 2016 TED Talk, “and we’ve associated this with increased seedling survival by four times.”

Simard later explained that mother trees may even help forests adapt to human-induced climate change, thanks to their “memory” of slower natural changes in past decades or centuries. “They’ve lived for a long time and they’ve lived through many fluctuations in climate. They curate that memory in the DNA,” she said. “The DNA is encoded and has adapted through mutations to this environment. So that genetic code carries the code for variable climates coming up.”

And finally, did you know that adding One (1) Tree to an Open Pasture Can Increase Its Bird Biodiversity From Almost Zero Species to as High as 80?

Trees are truly an amazing part of our ecosystem.

Please note our Sunday opening times are 12pm-5pm for online pre-orders only. Dismiss